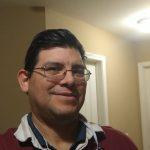 Brian Zimmerman is a Nebraska native for over 30 years.  With cultural roots expanding from Germany to Peru, he found his mission as a language & cultural specialist in his early years.  With his passion for Geography and travel, and having parents spanning the globe, he was destined to position himself into a global role and impact others.

Mr. Zimmerman attended Metropolitan Community College in Omaha, Nebraska, with emphasis in Commercial Photography. Having a creative mindset and being a hands-on individual, he launched Acclaim Video Services, in which he produced Weddings, Birthdays, Quiencieneras, Social Functions and provided DVD duplication services as well as a host of graduation montage videos for significant clientele. After receiving his AA Degree in 2007, he landed a position in a local nonprofit which allowed him to put his skills to the test.  As a video editor for his previous employer, he was given tasks to edit and enhance cultural media from over 150 countries and territories around the world.  Later in his tenure, his role changed to recruiting language specialists from abroad.  He impacted the organization in which he was employed by bringing in some 200+ subcontractors from Africa, Asia, South America and Europe.  With great effort and massive responsibilities, he co-coordinated a total of nearly 500 international language specialists during his 12 years of service.

With his specialty in Social Media research, he has managed to acquire language experts in the thousands, from over 200 countries and territories and has the ability to find cultural content and materials from the most remote locations on the map.  Acquiring language content at any level has been his mission the last 4 years as he’s single-handedly built The Language Barracks from scratch.  Through it all, he has amassed a network of “Cultural Specialists” that will bring the organization into many educational institutions around the world as the premier educational library of language and cultural content.

His hobbies include communicating with others, travel, music and knowledge of world history.  He has a strong desire and passion for helping others, and that’s what brings The Language Barracks’ uniqueness, by providing its members a global platform with a “Universal” makeup of internal staff and the significant number of “Cultural Specialists” from abroad.  The organization is a “Melting Pot” of information!